A virtual card is a unique 16-digit card number that’s digitally-generated. From the Divvy app, you can create virtual cards and assign them to individual vendors, while limiting budget amounts.

We figured that our customers use virtual cards mostly for online transactions (since you can’t really hand a virtual card to a cashier), but we wanted to dig into the data and see where and when virtual cards are really being used.

First, let’s break down the differences between these types of cards and how they’re used.

What is a physical card?

A physical credit card is the actual piece of plastic issued to employees to use for work-related spend. Some businesses may have just a handful of corporate cards which can be lent to employees on a temporary business based on need, or physical cards can be issued to each employee (which improves morale).

Physical cards are often necessary for in-person purchases and for travel in your organization.

Smart corporate cards sync physical purchases with software at the point of spend. Instead of swiping your card and then manually categorizing it in your accounting software, smart cards automatically sync with your expense management software to import each purchase, attach categories, and update budgets.

What is a virtual card?

Virtual credit cards are unique 16 digit card numbers tied to an existing credit card that can be created and used for one time or ongoing purchases without exposing the original credit card data. Security and control are both increased when using a virtual card over a physical card.

Virtual cards are used for digital purchasing, and are especially useful for one time purchases and subscription management. Most states use Divvy’s virtual cards for Amazon and Google Ads purchases.

Now that we’ve covered those differences, let’s see how spend occurs when businesses use virtual cards versus physical cards.

First, we analyzed total cleared spend (over the last three months) to see who the most popular vendors are for Divvy customers. Next, we pulled out the top 20 vendors and separated spend totals by virtual card transactions and physical card transactions.

We calculated the percentage of total spend made up by virtual and physical purchases, then, ranked the vendors from highest virtual spend to lowest.

Here’s what we found:

The top three channels for online ads—Google, Facebook and LinkedIn—were near the top of our list. Google Ad purchases were made almost exclusively on virtual cards (only 5% of these transactions used a physical card number).

UPS had the second highest percentage of virtual spend overall—92% of all transactions—which was a bit surprising as they are primarily concerned with the delivery of physical goods. However, many shipping companies are making it easier for business customers to set up digital billing, facilitating an increase in virtual transactions.

We expected almost all Amazon transactions to be virtual (since it’s an online shop and ranked #1 for regional virtual card purchases). We were surprised when we saw a pretty even split. When compared to overall spend, there were still 44% of purchases that occurred on physical cards.

Similarly, Hotels.com (a company built entirely online), had one of the lowest percentages of virtual card spend—only 18%. However, this is likely because of the nature of the purchase. When you book a hotel, you often have to present your physical card to check in. Savvy customers are likely preparing for this with their choice of card type.

Physical cards were also favored for the majority of airline purchases, including Delta, Southwest, American, and United Airlines—likely for the same reason as Hotels.com

Virtual transactions were the lowest at home improvement stores—only 1% of Lowe’s purchases were made using a virtual card. Home Depot performed slightly better in the virtual category, hanging onto 15 percentage points. This makes sense since Home Depot has historically “crushed Lowe’s when it comes to online innovation” (growing online sales five times faster than Lowe’s in Q2 of last year). 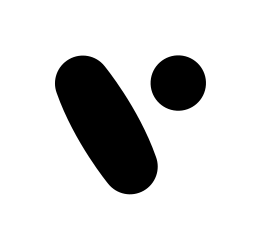